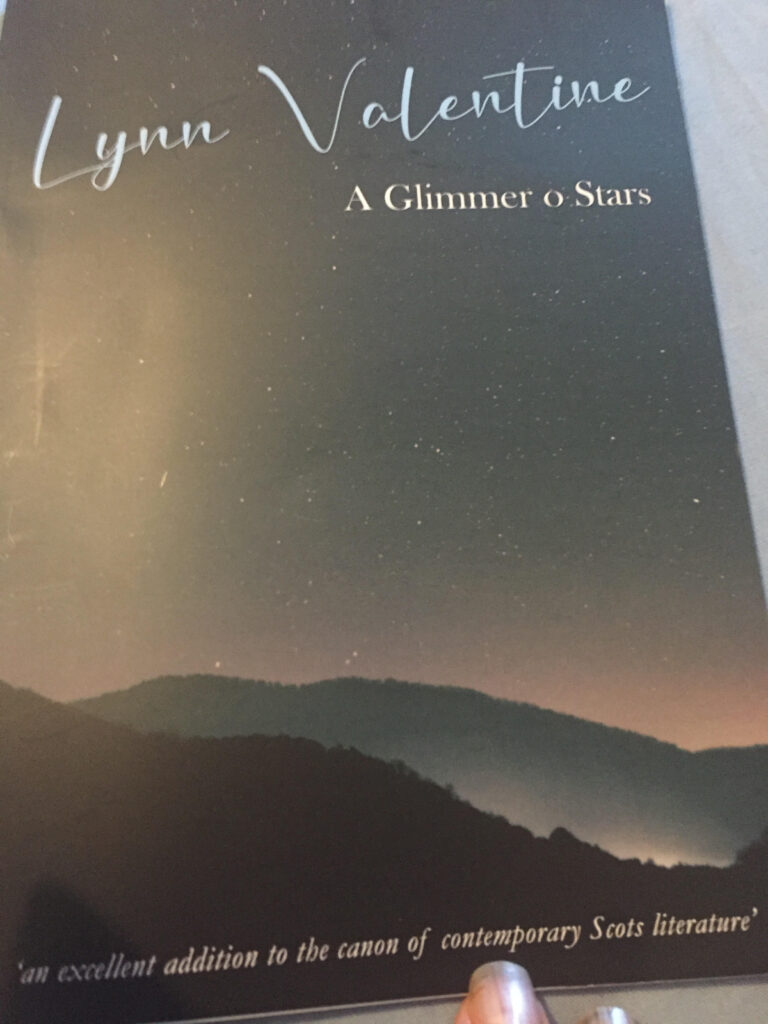 Each of the sixteen poems in A Glimmer o Stars by Lynn Valentine, has been published in Lynn’s Angus Scots as well as English. On my first reading of this lovely new pamphlet, I covered up the English so I could experience the Scots. 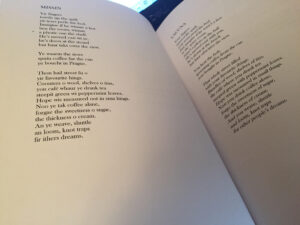 places where I wasn’t sure of the meaning, but found speaking them out loud offered useful clues, like haun haudin for ‘hand holding’, efternuin for ‘afternoon’, and I sik yir for ‘I seek your’. I’m so glad Hedgehog Poetry Press did this.

Sometimes, text on the page can reveal less than the voice does and I’m now thinking how lovely it would be to listen to these poems while ‘haudin the buik in your haun‘ at the same time!

A Glimmer o Stars contains poems of great tenderness. Set in Scotland with ‘the smell of smoked fish that still makes my veggie mouth water’, and ‘the red of the cliffs bright at any time of year’ (The Language of Home), alongside the ‘small snow of lambs‘ and ‘daffodils drowning in hailstones’ with ‘sly winds starting low then taking over the whole length of sky‘ (A Lost Friend). 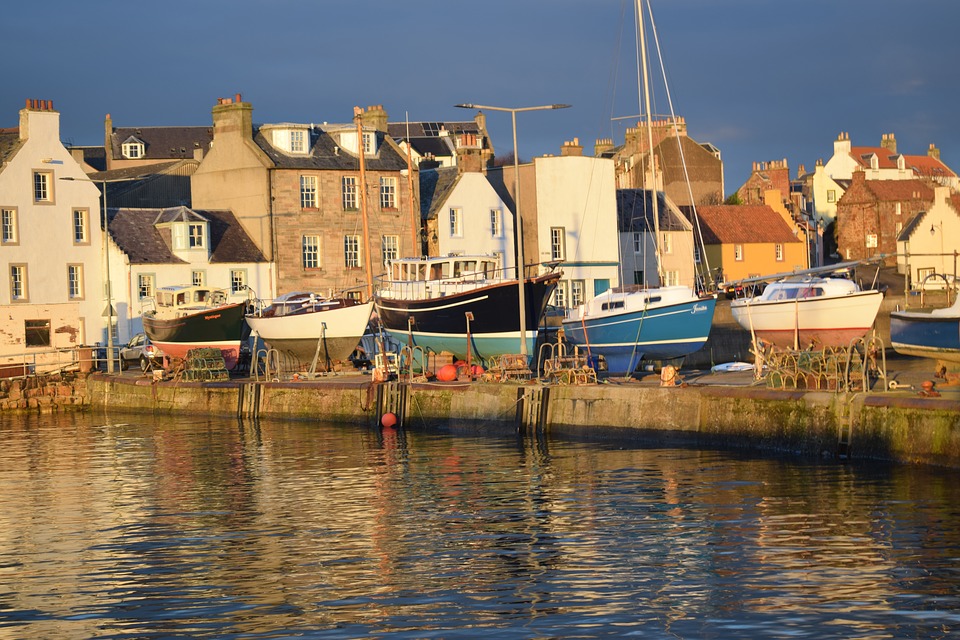 There are poems about family and friends, they speak of love and loss, while being a testament to those no longer with us. The theme of remembrance runs through the book.  There’s the ‘boy in class, the one that could always make us laugh’ who now has their name ‘written on the harbour stone, I mark your passing every time I’m home‘ (A drowning).

For the mother, the weather map on the tv represented the locations of her family, it ‘tethered and tied us to her coordinates, located her son in the centre of things, held my sisters’ summers in the same spot as hers’ (My Mother’s Complaint). 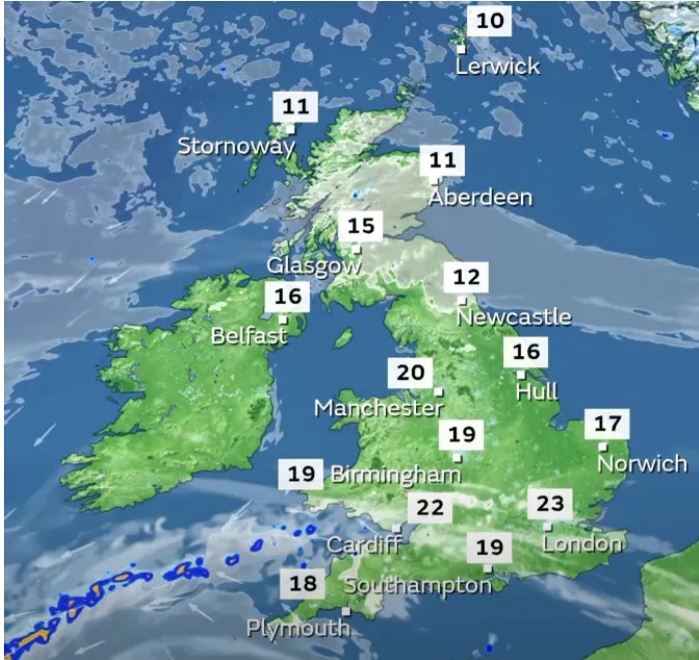 Meanwhile, the father ‘whistled as if the world was his alone’ before starting up the snowplough for ‘his careful handling of a snoozing town, as he cleared the roads‘ (My Father at 4 a.m.). These are lovely poems of remembrance where, as in so much Lynn’s work, the everyday mingles with the universal, as in Opening.

We are changed, marked by this year –
a furrow of losses ploughed into the soil –
the earth trembles, crows watch,
our hands raw from prayers.

Love and loss are huge themes but Lynn treats them with delicacy, finding meaning in small details and running a thread of subtle humour throughout.

As well as remembrance, these poems speak of ‘involuntary childlessness’ in ways so powerful they seemed to jump off the page. ‘My barren belly concaves in the wet afternoon, my waterproof the only second skin I’ll own‘ (Sheela Na Gig, Rodel). Visiting a rag well with ‘nervous giggles‘ speaks of places where hope and prayers are manifest in gifts to the earth. ‘We knotted our wishes round the well…white for a child, blue for a cure.’

The reader wants there to be a happy ending but the truth is more painful. ‘You away by midsummer, me and my belly empty‘ (Clootie Well). 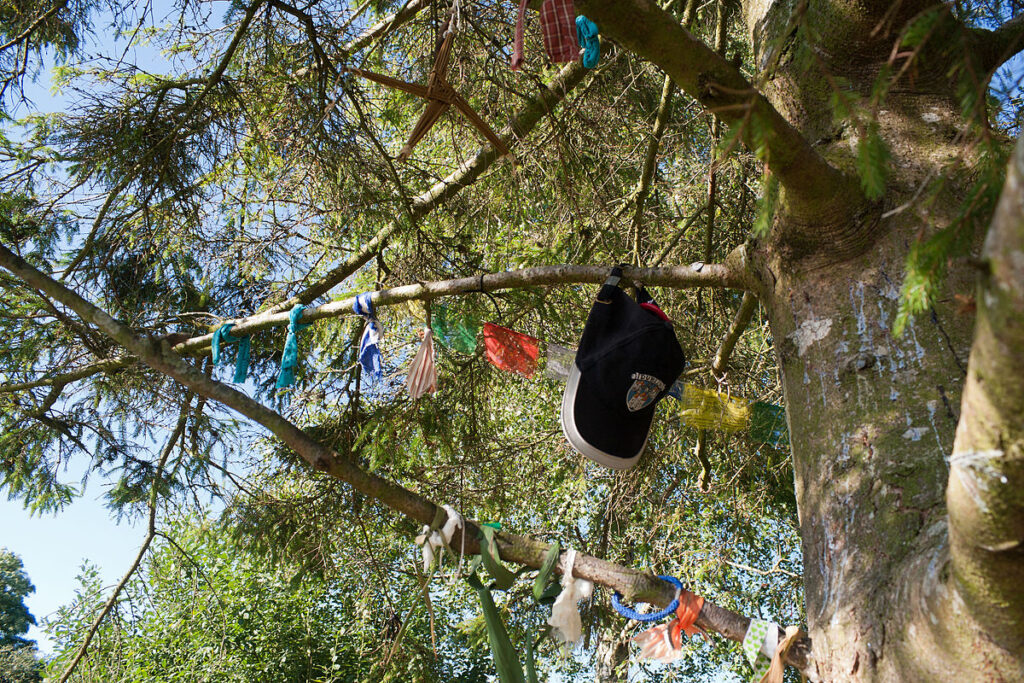 Poetry has a way of giving voice to unspeakable things so they can be shared. Reading Lynn’s poems is like opening locked doors, and finding you’re not alone after all. This can be a great comfort, in particular when it comes to difficult subjects.

The title of the pamphlet comes from the poem Snow Blind, one of my favourites. The opening lines pull you in and carry you on to its sad, but beautiful, ending.

She can sense the emptying of the sky
though her sight’s nearly gone, her eyes
a glimmer o stars. This cold snap
came on quick and now everyone flies.
She can’t hear the housemartins
anymore, their small cheeps
above the fields. She listens to the geese
going north, their song of for snow, for snow.
By winter, if she’s spared, she’ll be
snow-blind, neither use more ornament
to anyone. She’ll choose a course,
~go travelling for snow or sun.

There’s so much to like and love in A Glimmer o Stars. Lynn’s poems are full of stunning images like the sparrows with cold children, where the poet saves loose dog hair, ‘pushing it into trees to warm their nests‘ (A lost friend). The line ‘hope was measured in small things’ returns to the theme of memories, and how small objects can carry so much meaning. The line describing a street in Prague, filled with bundles of wool and shelves of tins, put me in mind of a collection of poems like this pamphlet, where each blank page is an opportunity for the poet to ‘…weave, shuttle and loom, knot gaps for other peoples dreams’ (Lacuna).

The image of weaving reminded me of ‘rhapsode‘, from where we get ‘rhapsody’. In Ancient Greece, the name was used for the performer of epic poetry such as Homer, and can be translated as ‘sewing songs together’.  Lynn takes the imagery of the loom one step further, by knotting gaps for other people’s dreams. I interpreted this as ‘resonance’.

We turn to poetry for different reasons; comfort, pleasure, recommendation, or simple curiosity. Sometimes, when a line resonates, it becomes part of the attraction. I liked ‘hands raw from prayers‘ (Opening). The words not only reinforce the passage of time, but speak of longing and desire, as evidenced in Pickers, where the womb of the earth quickens, birthing potatoes as children.

Pickers also offers examples of Lynn’s lovely, gentle rhymes, so subtle they risk being missed, especially when reading to yourself. I’d suggest reading them aloud to fully realise their cleverness and subtlety. These rhymes are as much about the sound a word leaves behind, or the shape of it in your mouth and on your tongue. It’s the best type of rhyming, as in ‘field and leave’, ‘work and earth’, and the repetition of ‘ing’ in the final stanza. 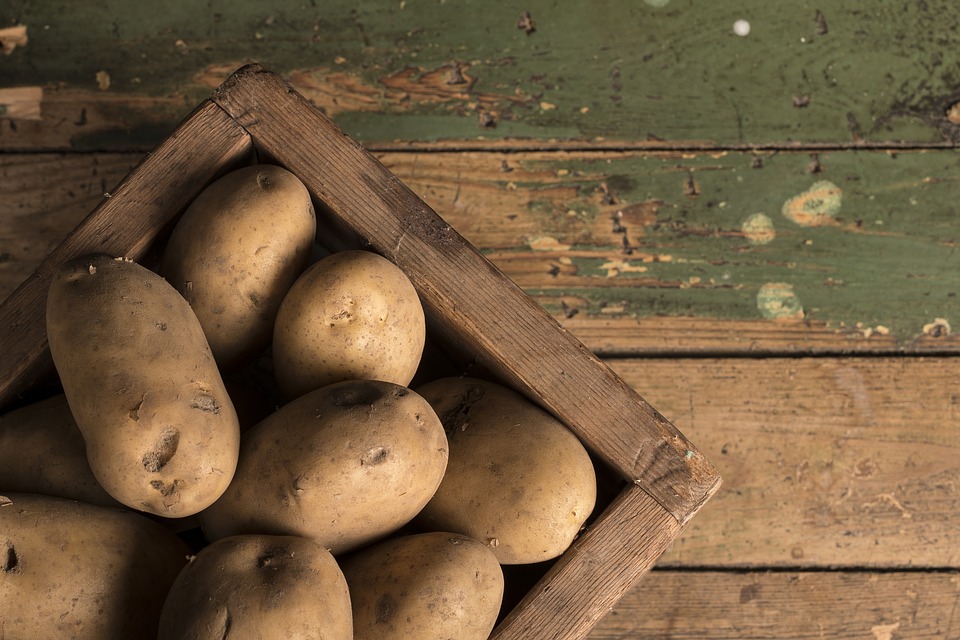 Readers are shown the power of language in these poems, not only to communicate but to physically mirror who we are. Language can both unite and separate, but I prefer to think of it as linking people together and Lynn is gifted at this.

It’s also clear that Lynn treasures language. The opening poem The Language of Home (after Roger Robinson), sets the tone of the pamphlet with its closing words I will take this gift and pass it on, write my words, sing my songs.

The closing poem All sunflowers turn, is another of my favourites. It describes Lynn packing the weather into a bag, with the intention of emptying it onto her mother’s bed, a gentle repetition of the weather theme introduced in My Mother’s Complaint. Memory is fixed in the setting sun, which is always different, always beautiful. It represents the time of day when we’re reminded of the breadth and depth of a world bigger and greater than we are, and provides a beautiful image to end the pamphlet.

I will open your eyes to the reddening sky,
turn your head westwards, stay for always.

What are poems after all, if not attempts to pin life onto the page for sharing, to be read in quiet places, or as windows to be looked through by strangers.

The best poems are like rags tied to the trees at Clootie Well, made and left behind for others.

Lynn’s poems are physical evidence of presence in a world of multiple voices. If you want to write poetry, but don’t know where to start, I’d suggest reading A Glimmer o Stars. The poems offer ways into poetry which are accessible and have meaning, while also demonstrating how the heart of a poem often lies in its unexpected twists and reminders of universal experience, something Lynn does so well. I loved these poems and am looking forward to reading more when Life’s Stink and Honey, Lynn’s first full collection, is published by Cinnamon Press in 2022.

A Glimmer o Stars is published by The Hedgehog Poetry Press. The print version has sold out at Hedgehog, but the e-book is still available. Alternatively, a print version can be ordered via Lynn’s website lynnvalentine.com where you can read more about Lynn and her poetry. Finding a Voice Lynn Valentine is another page worth visiting, and lastly, to see and hear Lynn herself, watch The Aunties, a poem not from this collection but one which includes the line Life’s Stink and Honey, to be published next year by Cinnamon Press. 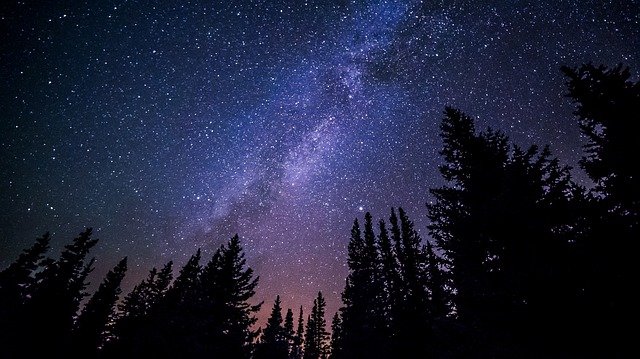