I’m a writer and poet living in Hull, near the bank and bridge of the River Humber. My inspiration comes from myth and legend with a touch of magical realism and dark gothic. 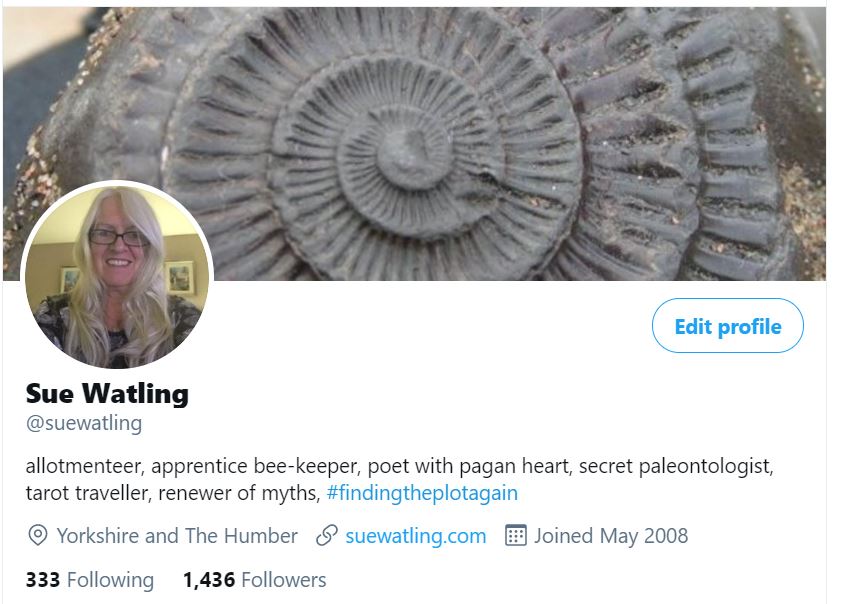 In the past year, I’ve had work accepted by The Adriatic, Seaborne Magazine, Tide Rises, Amethyst Review, The Word Bin, Visual Verse, DawnTreader, Saravasti, Dreich, Spelt Magazine Advent Calendar, Green Ink Poetry, ASP Literary Journal, Dream Catcher, The Ekphrastic Review, The Poetry Shed, and the High Wolds Poetry Festival. A poem published in the Stafford Green Arts Festival Anthology came third in their There Is No Planet B Poetry Competition and I contributed to the Women of Words and Away with Words open mic events during lockdown. Videos of these poems can be seen here YouTube Channel.

Dreich have accepted my collection Heaving with the Dreams of Strangers for publication as a Dreich Slim Chapbook (2022) while Thetis, a poetic narrative retelling the Trojan war through the eyes of the mother to Achilles, is being published by Esplanade Press later this year. A performance of Thetis via Rotunda Nights was cancelled due to Covid-19. and is currently being rescheduled to align with the book’s publication.

My first blog titled Sue Watling was hosted by the University of Lincoln, alongside the Walking the Labyrinth and the Alphabet Dances blogs.

After leaving Lincoln, I started Ammonitie (pronounced Ammon-night-tee; never have a blog title you need to explain) The subpage TEL it as it is tracked my new role in technology enhanced learning at the University of Hull. This was followed by a new professional blog titled the Digital Academic.

Leaving higher education in 2019 set me back to zero. I had a clutch of degrees and professional awards, alongside a huge loss of identity. Unhealthy as it was, I’d measured myself through sector status and, although it might sound a touch dramatic, without my career I needed to rethink and restart my life. 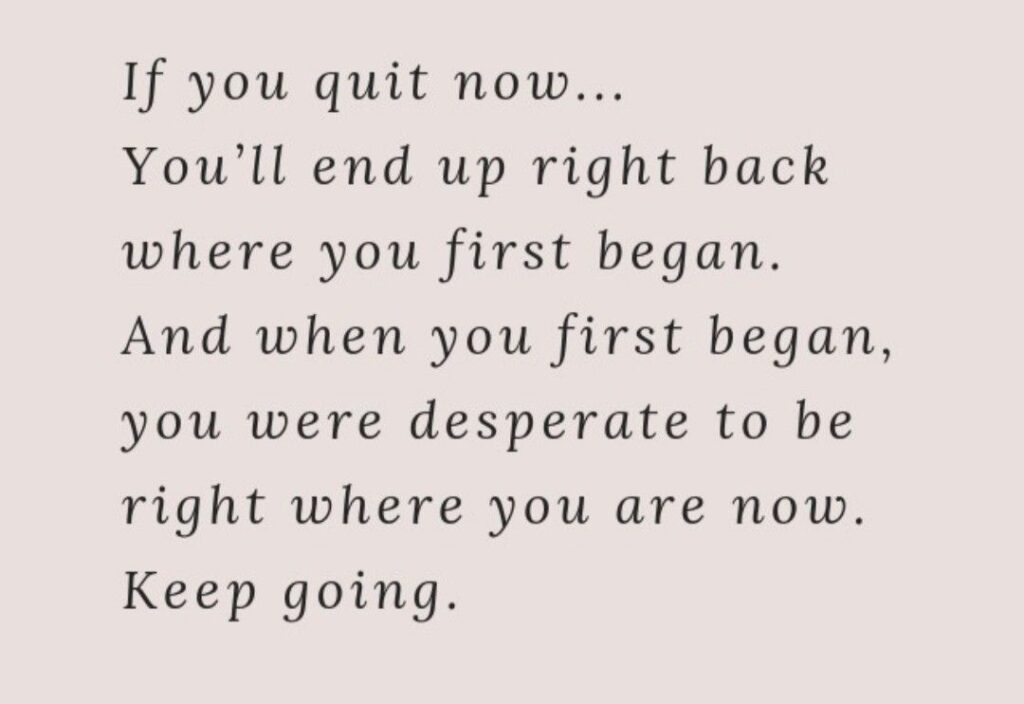 I’d always wanted time for more creative writing, so tried to approach the situation as a gift. When the going got tough, which it often did at the start, I’d read this quote above my desk.

Here’s an early attempt at what ‘keeping going’ looked like.

Despite having analogue roots, my career always involved digital words. Initially a sub-editor in the scientific civil service in London, I gave up work to start a family – which was what women did in those days! During my early years of motherhood, the word processor arrived, followed by home computers. Trying to return to work once the youngest was at school, I found the editorial world had moved on without me.

I began voluntary work and became the first literacy tutor in Hull to use computers to teach English and Maths. I then became an ICT (Information and Computing Technology) tutor for a range of adult, community and social care projects. It was the time of the European Social Fund – a decade during which you could almost guarantee that well-written grant applications for community work involving ICT would be successful. I specialised in word processing alongside computing courses for beginners, workplace returners and people with disabilities using assistive technologies. I also taught RSA word processing, moderated RSA, CLAIT and NICAS exams. It was the beginning of the massive digital shift in culture but, like so much social change, we more or less accepted and got on with it, without asking too many questions.

After a decade of biking around the city, I took the opportunity to work as a sub-editor for a national charity. There I was introduced to internet chat forums.k, becoming hooked on how digital communication could cross traditional boundaries of time and distance. This experience led to a role as widening participation project officer in higher education, managing virtual links with partner schools and colleges. I sidestepped into education development and stayed there until 2019.

My original interest in accessible digital access for everyone was upped dramatically when I experienced vision impairment. Overnight, I discovered the internet was not the accessible democratic place it claimed to be. True accessibility required web and internet developers to change their practice and this was not happening.  I became a volunteer and then Trustee, for a local sight loss charity. During evenings and weekends, I supported individuals with a range of sight conditions to use computers and do their shopping online. It was a constant challenge, one which involved taking on giant supermarkets and organisations with inaccessible websites, in particular those which denied access to screen readers. Inclusion, alongside the social and cultural implications of adopting digital practice, became my work, interest and passion.

Then it all stopped. I lost my job, gave up my PhD, and was learning to live without an income when Covid-19 happened.

One of the biggest ironies of my life was how I’d spent decades shouting out the advantages, requirements and challenges of online education, but to a minority rather than majority of interest. Then, literally months after my role was restructured out of existence, the whole sector shifted online with Covid and I wasn’t part of it.

Life goes on and sometimes loss of direction and ambition has to be accepted. My life today revolves around my allotment, beekeeping, and writing. I’ve picked up the guitar again, after finding a copy of my original Matteo Carcassi manual on eBay. This seems to be the only copy of the edition on the whole wide world of the internet, so maybe it was meant to be! 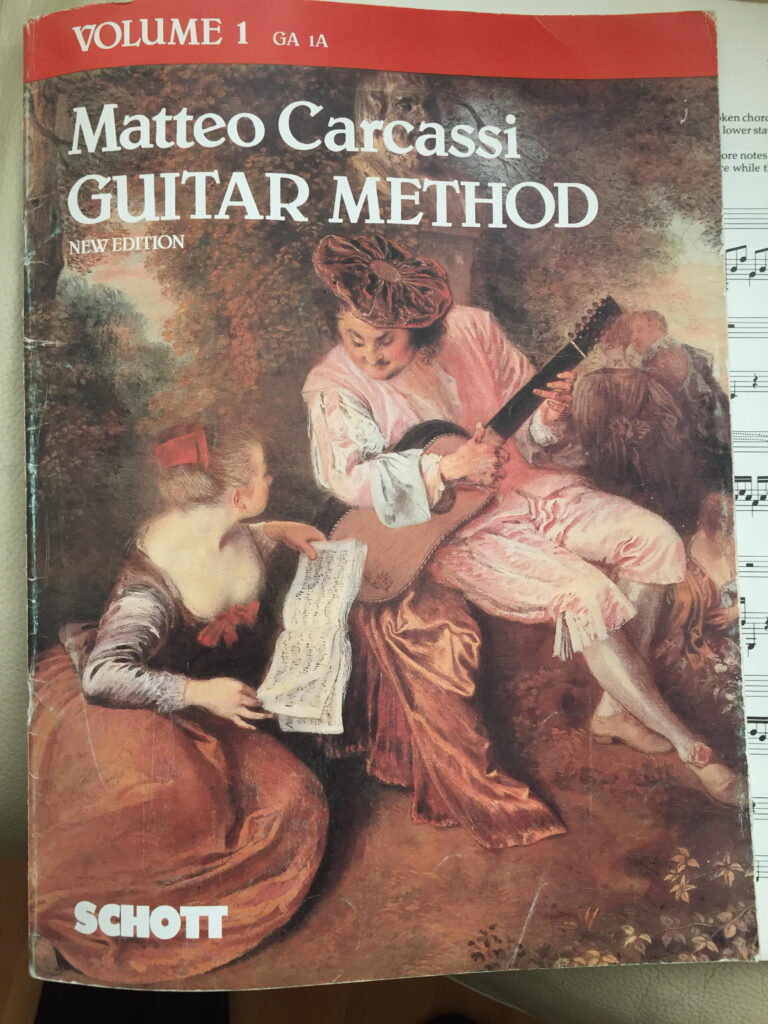 It’s taken time but I’m adapting to a different pace of life and a different way of living.

You can follow me on Twitter @suewatling or if you think you may be interested in my blog posts, please fill in the form below for regular updates.