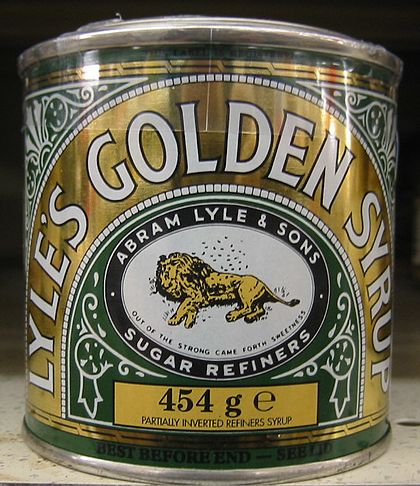 Lyle’s Golden Syrup brings all my life interests together. It’s not about the sweet sticky stuff though. For as long as I can remember, the image of a dead lion, bees pouring out of its body, has fascinated me. Why was it dead? Where did the bees come from? What did it mean?

No one could answer my questions and the words underneath the picture made nothing clearer. Out of the strong, came forth sweetness.

I’d seen dead animals in the woods; fox, badger, rabbit. The only creatures to come out of them were maggots. A corpse discharging a swarm of bees made no sense to my six-year-old self. It remained a solitary interest. We weren’t a Britannica home. There was no library and this was long before the internet.

The Acropolis in Athens, Greece

Recently, researching ritual in ancient Greece, I came across the term Bugonia, the emergence of bees from a dead animal. Memories of golden syrup were triggered. A few more clicks and I discovered the motto connects to the biblical Book of Judges where Samson killed a lion, and later discovered a swarm of bees had colonised the carcass. Long story! Detailed explanation here.

Samuel poses a riddle which, depending on the translation, goes something like this:

The answer is honey. Sweet to eat, while a lion is both the eater and something strong. Problem solved.

Only it didn’t stop there. While this remains the common explanation for Abram Lyle’s tin design back in 1885, the relationship between bees and dead animals has older and deeper roots. 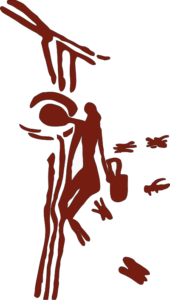 Bees and humans go back a long way. A cave painting in mid-eastern Spain shows the collection of honey over 8000 years ago. The ancient Egyptians left numerous stone references to honeybees in their tombs and temples, while beeswax was a treasured commodity in the old China of emperors and royal dynasties. 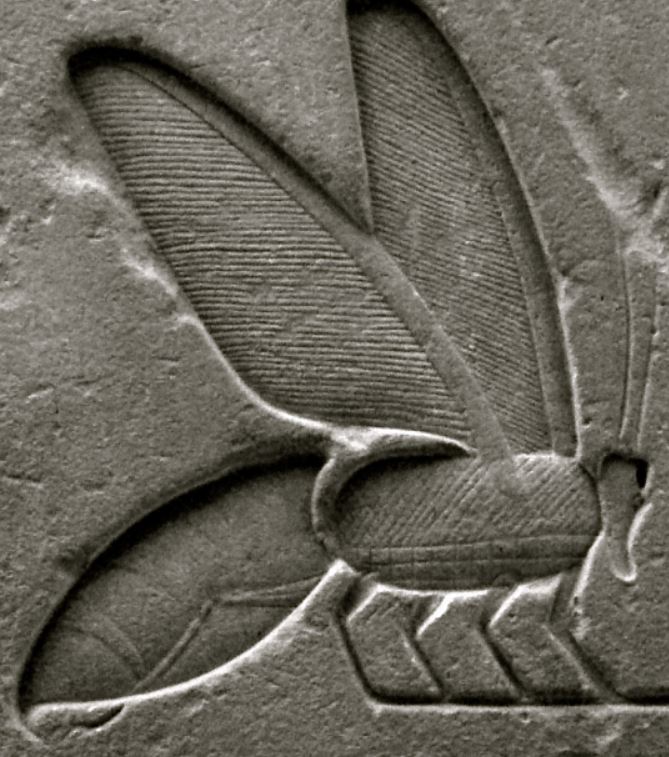 It seems the relationship between humans, bees and honey is universal. You don’t have to scratch local history or culture very deep to find a reference.

Bees also appear in a number of ancient Greek myths. Aristaeus was the god accredited with introducing beekeeping, and poet Theocritus tells the story (in Idyll XIX) of how Aphrodite‘s son Eros was stung after stealing honey. The incident, alongside his mother’s less than sympathetic response, was later shown by Cranach the Elder in his painting Cupid complaining to Venus (c.1526-27). 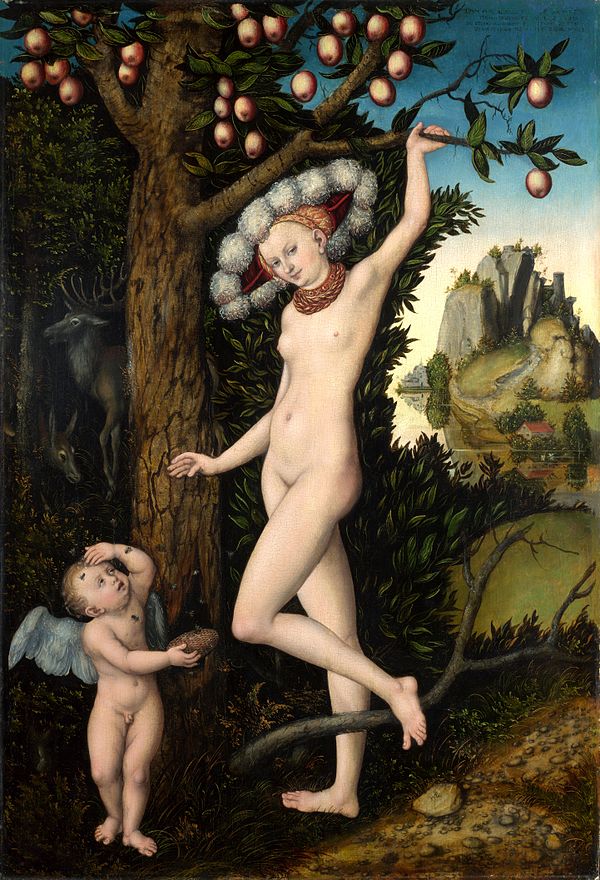 Greek sky god, Zeus had an early relationship with bees.  Each time his mother Rhea gave birth, father Chronus ate the babe but when Zeus was born, Rhea tricked Chronus with a swaddled stone. Tiny Zeus was taken to a cave on Mount Ida, where a group of nymphs, led by Melissa, fed him goats milk and honey. When Chronus discovered the deception, he punished Melissa by turning her into an earthworm. The adult Zeus, realising what had happened, transformed Melissa into a honeybee. 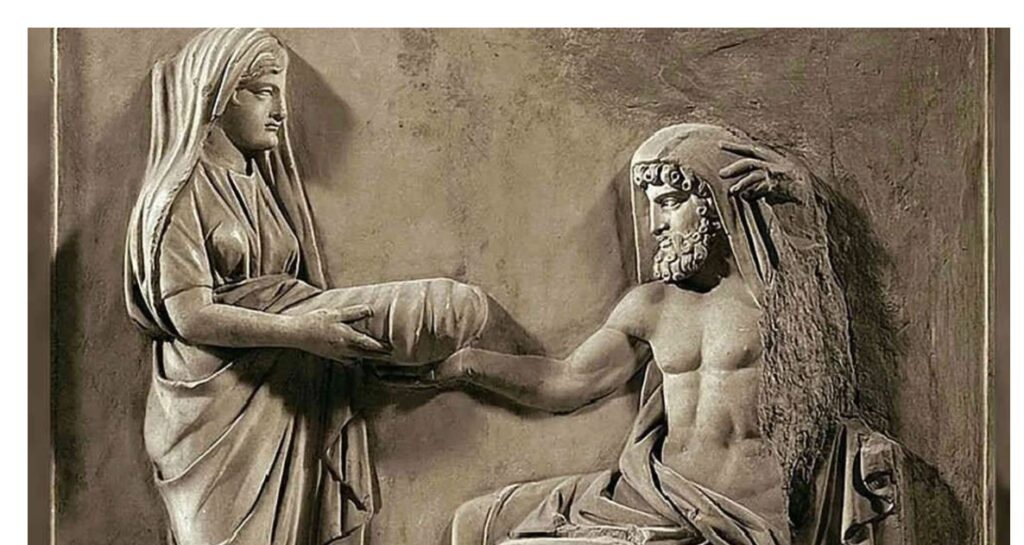 Bees were connected to Apollo and Artemis but – leaving the best till last – one particular story has close connections to Mr Lyle’s tin. It involves Demeter, goddess of agriculture and harvest, probably best known for losing her daughter Persephone to Hades, god of the underworld. For six months of the year, Hades allowed Persephone to return to Demeter, but for the other half of the year, she was confined to hell, thereby explaining the seasons of Spring, Summer, Autumn and Winter. 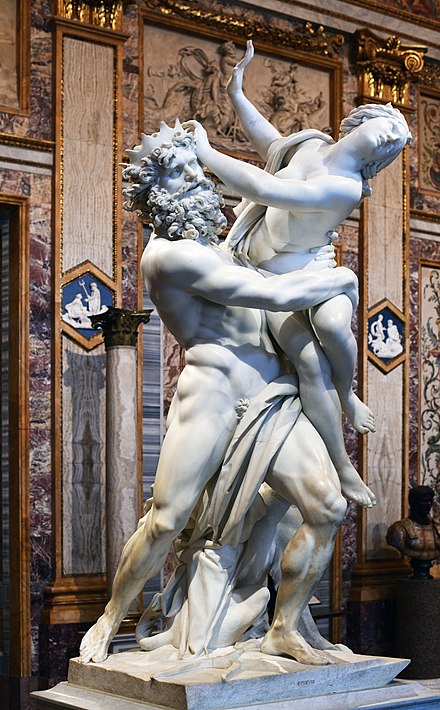 Demeter was a powerful goddess with her own temples and rites, and initiation into her cult was always a closely guarded secret.

Once upon a time, there was an elderly priestess called Melissa. She had been initiated by Demeter herself and, as rumour of the connection between mortal and goddess began to spread, Melissa was put under pressure to reveal details. Refusing to speak, the new priestess was attacked, and eventually torn to pieces. Furious to hear what had happened, Demeter sent a swarm of plague-carrying bees. They burst out from Melissa’s dead body, carrying Demeter’s revenge on all who had dared to harm one of her own priestesses.

There may be other examples, but this is the oldest story I’ve found so far with connections to golden syrup. The same image and motto was used for Lyle’s black treacle, launched later in 1950, a continual use of design which has been recognised by Guinness World Records as the oldest branding and packaging in the world. 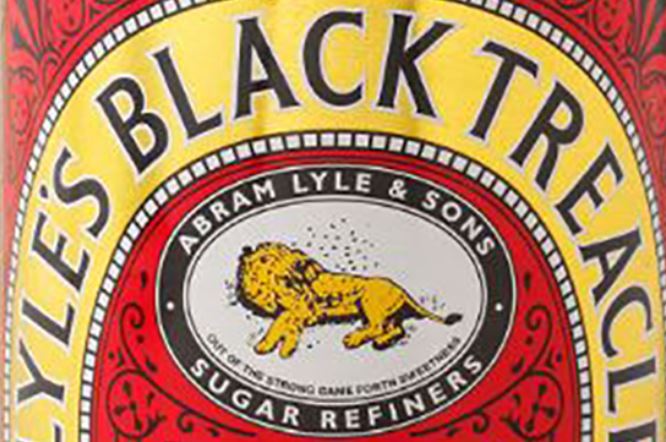 To finish with, here’s a moment of slow-motion bees. It was taken using a camera phone with a macro lens, which shows high-end professional gear is not always necessary to capture the beauty and grace of bees at work.

If you want more, here’s 11 minutes of similar footage by beekeeper Frederick Dunn from his YouTube Channel.

The next post will look at beekeeping in Medieval times, and how this in some of the illuminated manuscripts of the period.