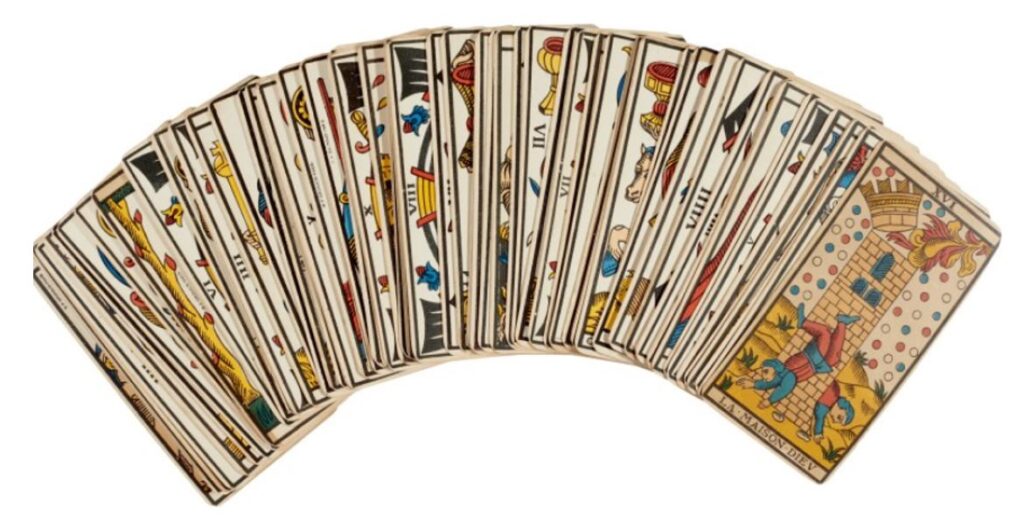 In July, Sotheby auctioned possessions belonging to Syliva Plath and a pack of tarot cards caught my eye. A gift from Ted Hughes, the estimated price was £4-6000 but they sold for £151,200 (exclusive of taxes and costs). Since then, I’ve often wondered who owns the pack now, whether they use them or not, if they’re on display to selected visitors or maybe even shut up somewhere out of sight.

Possession always carries the risk of theft. Some owners choose to store valuable objects in secure vaults like The Geneva Free Port where investments appreciate in darkness year on year. Da Vinci’s Christ as Salvator Mundi, was there following its purchase for $75 million in 2013.  Also Klimt’s Water Serpents II, bought for $183.8 million in 2012, before being sold on privately a few years later. This secrecy contrasts with valuable items on public display in museums and art galleries around the world.

Syliva Plath’s tarot is a Marseilles pack. Also known as tarocchi or tarock, the design can be traced back to 17th century Italy. Playing cards with four suits and court cards have been dated from 13th century China. Over time, the 22 images of what’s known as the Major Arcana, has been thought to function as some form of trumps. The association of the tarot with mysticism and divination isn’t referenced until the 18th century. Like astrology, the intuitive value of the cards is often rubbished, but the archetypal representations of the major arcana images remain a fascination for many.

It doesn’t take a huge leap of imagination to think of the poet holding, shuffling and laying out the cards on a table. Syliva refers to the tarot pack in her letters and journals, although the references appear more to do with her intentions to learn rather than the record of any first-hand experiences. Ann Friel in Sylvia Plath, Ariel and the Tarot claims the cards appear in her poetry although some of the links feel tenuous rather than factual. It’s easy to conclude Plath-fans are looking for what they want to see rather than what is. Nevertheless, the tarot was undoubtedly a part of her life, one which sat alongside a desire to cast horoscopes and delve into the existence of fate as a force to be understood, sometimes challenged, but always present. 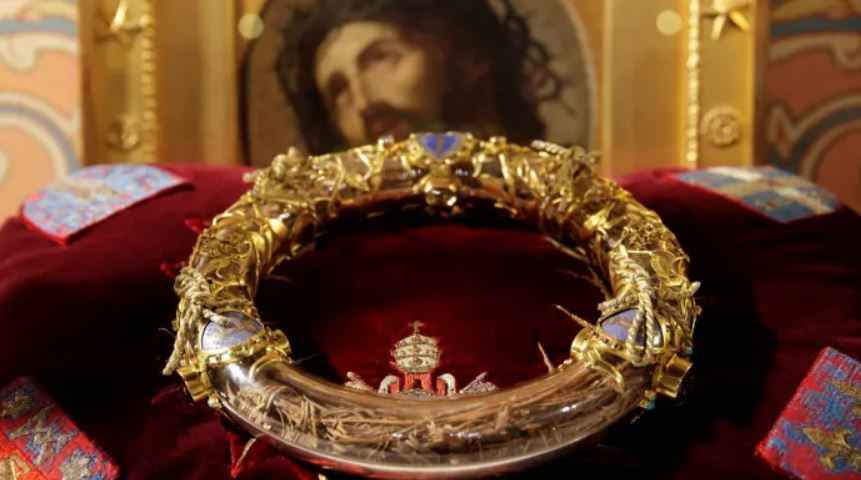 What gives inanimate objects, such as the tarot, the power to attract?

We’re moving into the world of relics. The church is full of them; alleged bones of saints, cross splinters, crown thorns and fabrics with the imprint of a face in blood and sweat. The last time the Shroud of Turin was on public display in Turin’s cathedral in 2015, millions queued to see it. Regardless of the lack of science, pieces of cloth like the Veil of Veronica, the Mandylion, or the Veil of Manoppello, all retain a fascination for those who want or need to believe in hard copy evidence of the existence of Christ.

It’s not just religious items which have this power. At Haworth Parsonage you can look at Emily’s writing desk, Charlotte’s clothes and a cambric hanky belonging to Anne. Possessions like these remain with us long after their owners have gone. I don’t think it’s too difficult to believe something of the people who owned and used them also remains left behind. The objects have become relics. 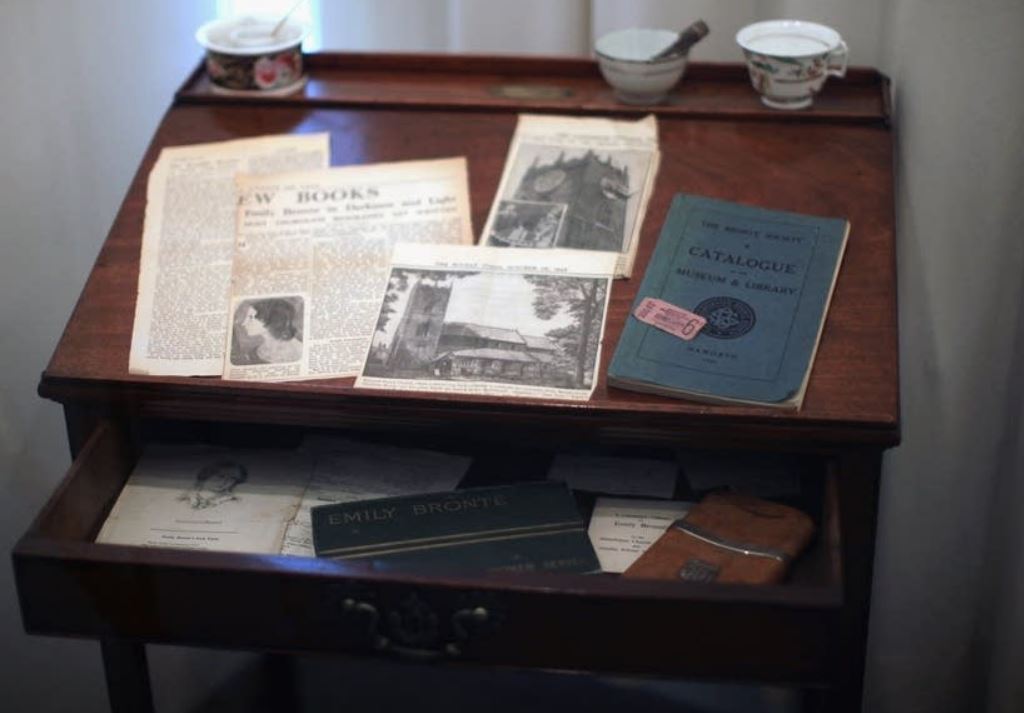 Relic derives from the Latin reliquiae, meaning ‘remains’, and is a form of the Latin verb relinquere, to ‘leave behind, or abandon’.  Religious relics are housed in reliquaries which often form part of a shrine, a word from the Latin scrinium meaning a case or box for keeping papers.  A relic has survived the passage of time. Even where the original culture has disappeared, they remain cherished for their historical and emotional value.

Objects create connections while the shared experience of seeing them feels incremental. The more they’re revered through the centuries, the greater their power. I’m not particularly religious but like to visit sacred places, both pagan and catholic, and have often felt something tangible which is hard to explain. Maybe it’s partly the accumulated effects of centuries of belief rather than a connection with some form of divinity.

Outside of the sacred, the 1999 ‘Monet in the 20th Century’ exhibition at the Royal Academy in London, included several of Monet’s giant water lilies. These were displayed with the canvas edge showing rather than it being hidden by frames. Viewers could see where the brush strokes faded away before stopping. Seeing this was like going back to the moment of origin. The personal connection was more effective than seeing the overall completed work.

Back to the auction of Slyvia Plath’s possessions. Sotheby’s called the sale ‘Your Own Sylvia‘, a play on words as successful bidders now ‘own’ the items, and in doing so can be said to possess something of Sylvia herself. This is an old belief, one stretching back to the ancient Greeks who thought a statue was much more than a representation. The physical shape of a god, or an image on the tomb of the dead made popular by the Romans, somehow indicated presence. 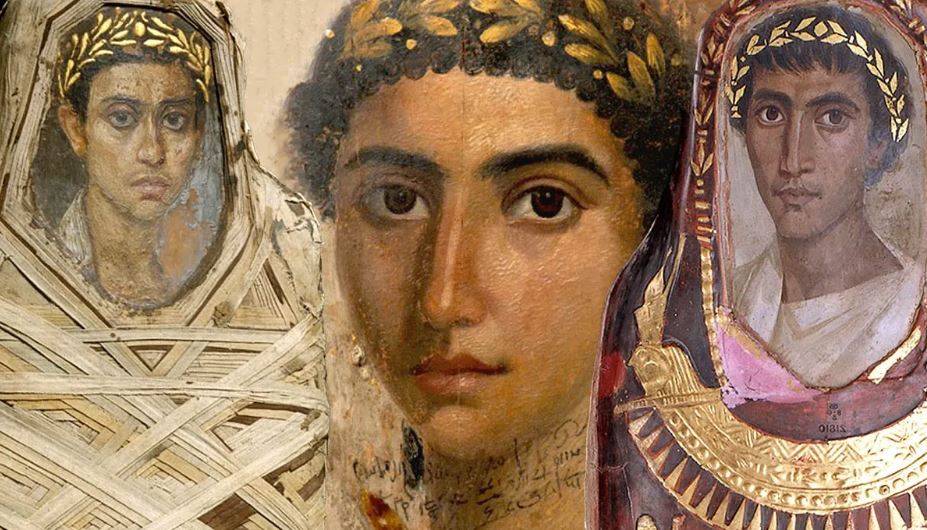 Tarot cards are traditionally believed to absorb energy from their owner. An old belief says no one else should handle them, other than shuffle or draw for a reading, and they should be kept in the dark. There’s little factual evidence they possess power, yet many people have unswerving faith in the ability of such inanimate objects being able to connect with external forces. This involves believing in several things simultaneously i.e. that such forces exist in the first place and the world is layered into conscious and subconscious awareness. In the case of the tarot, the archetypal images act as bridges or doorways to alternative realities. 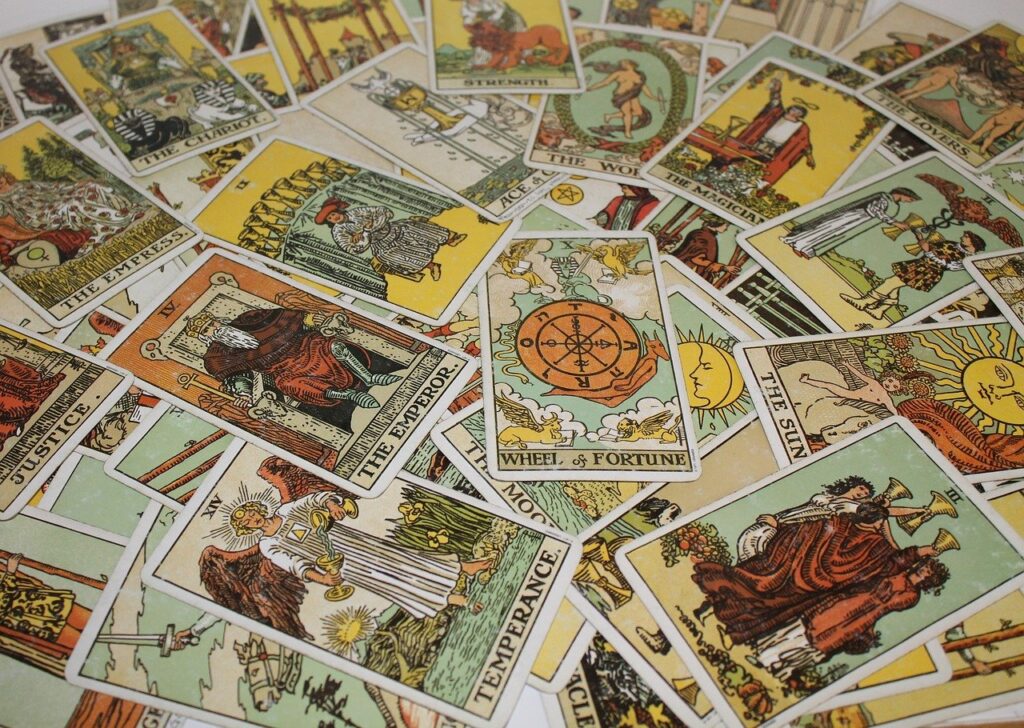 I wrote about the tarot in a post titled Tarot archetypes and Poetry Prompts which followed on from On Archetypes and Poetry. Both posts address the sources of creativity and the need for a translative process in order to make connections between the ‘here and now’ of the present and the existence of universal beliefs and memories. Jung called this the collective unconscious or a form of genetic memory. Without proof, I still believe the tarot can be a useful prompt for bringing these together. It’s similar to the experience of an open fire at night, or the single eye of a harvest moon rising low on the horizon in September. 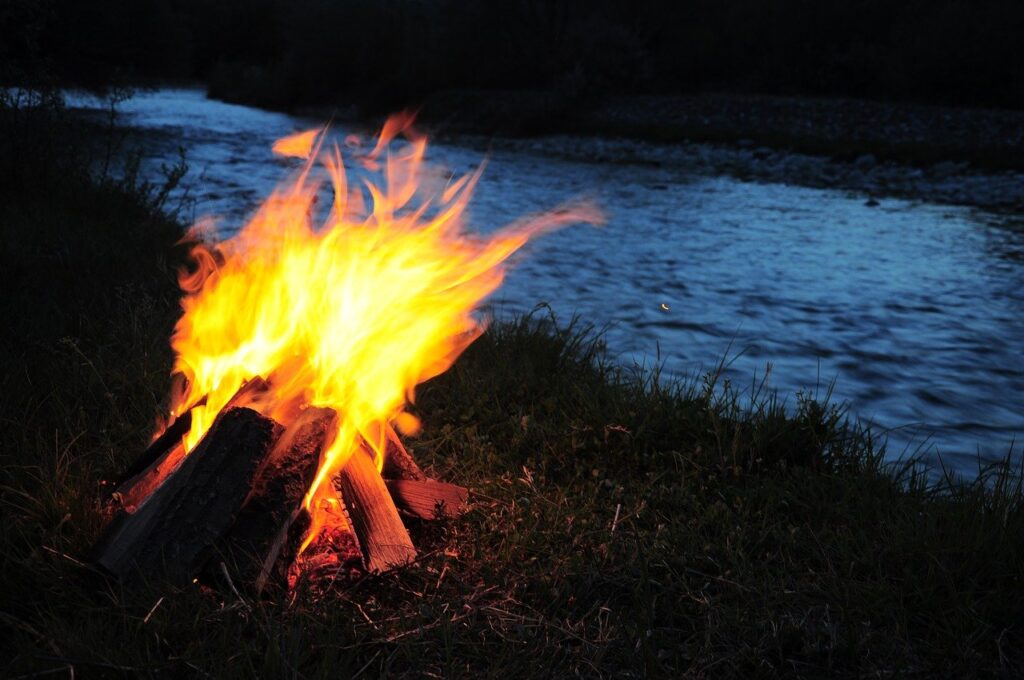 Whoever owns Sylvia Plath’s tarot is now in possession of a device which she appears to have believed was an effective prompt for poetry. Belief, like faith, is a powerful emotion and many people will claim meditation on the images can help cross the boundaries between the known and the unknown. When it comes to writing poetry, it’s these universal experiences that help create the resonance which stays with the reader long after the poem has ended. Someone, somewhere, wanted this tarot pack enough to pay over £150,000 in order to own it and I wonder if they are a poet. 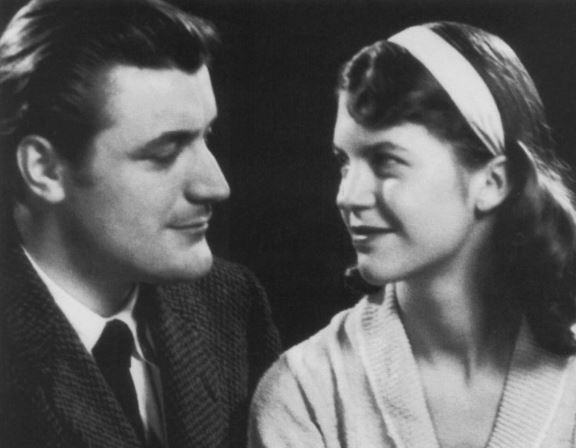