I revisited Keats after reading this blog post a fix of autumn, the darkness coming down by Felix Hodcroft. Felix writes about the Keats poem To Autumn, saying it’s a ‘poem, so well-known that it’s become a cliché, a hand-me-down (“season of mists and mellow fruitfulness….”) which, however (like much ye olde stuff) repays a fresh look.’

I struggle to like traditional poetry, such as the romantics, Keats, Shelley, and Byron. I find them difficult to read. For me, there’s a lack of resonance, but I followed Felix’s advice and listened to the Radio 4 series on Keats Odes, starting with Sean O’Brien and Ode to Melancholy. They didn’t help and I still found the poetry of Keats hard going. 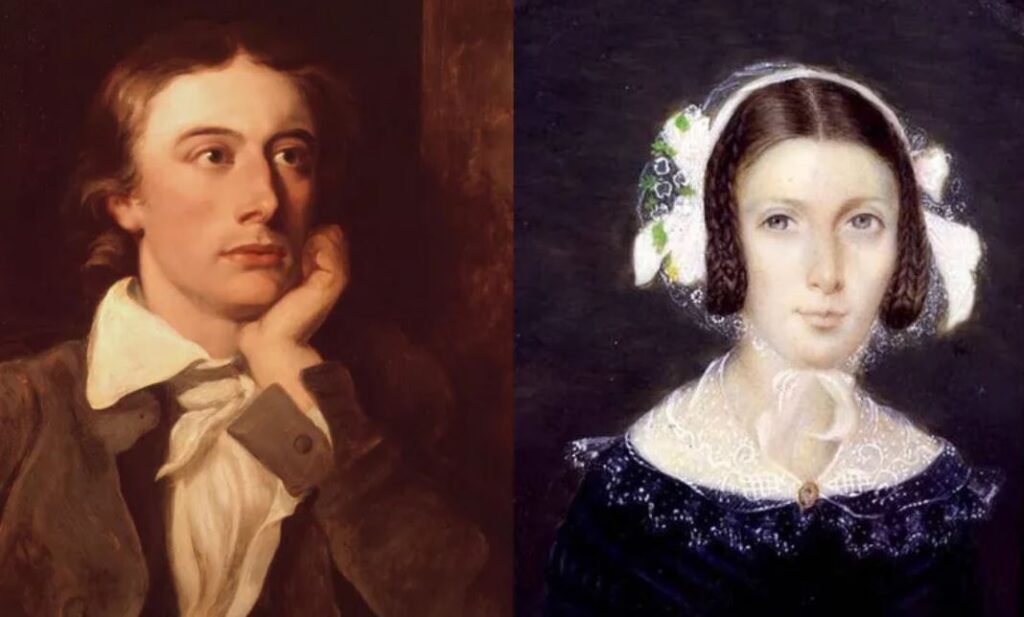 Comments on Felix’s post included references to Bright Star, the Jane Campion film looking at the relationship between John Keats and Fanny Brawne. Beautifully photographed, it’s a visual treat. The film covers the last years of Keats life and how he was forced to choose between staying with Fanny in Hampstead, or going to Italy for his health.  Keats died within three months of arriving in Rome and twelve years later, Fanny married Louis Lindo with whom she bore a son Edmund, and daughter Margaret.

Fanny kept letters from Keats and her children had these published as Letters of John Keats to Fanny Brawne. By this time, Keats had become famous for his poetry but his relationship with Fanny was unknown. The knowledge created a scandal during which Fanny was criticised and seen as ‘unworthy‘. This viewpoint remained until the 1937 publication of her letters to Keats sister, also called Fanny. Letters of Fanny Brawne to Fanny Keats helped to change public opinion and the relationship between Fanny and John was finally acknowledged as a true love affair.

Bright Star includes Keats poetry and hearing his work within the context of the film worked well. The language which I found difficult on the page came to life in a different way, but I still struggled to appreciate the written versions. I think this is partly to do with the language. To Autumn, for example, is full of the dated use of thee’s and thou’s:

Drows’d with the fume of poppies, while thy hook
Spares the next swath and all its twined flowers:
And sometimes like a gleaner thou dost keep
Steady thy laden head across a brook;
Or by a cyder-press, with patient look,
Thou watchest the last oozings hours by hours.

This is poetry belonging to a different time, unlike Keats’ letters which I find more readable. In particular, I was intrigued by his reference to ‘negative capability’. In a letter to his brothers George and Tom, dated 1817, Keats describes this as ‘…when a man is capable of being in uncertainties, mysteries, doubts, without any irritable reaching after fact and reason…’ It’s the only reference he makes to ‘negative capability‘ but the concept has remained associated with him to this day. 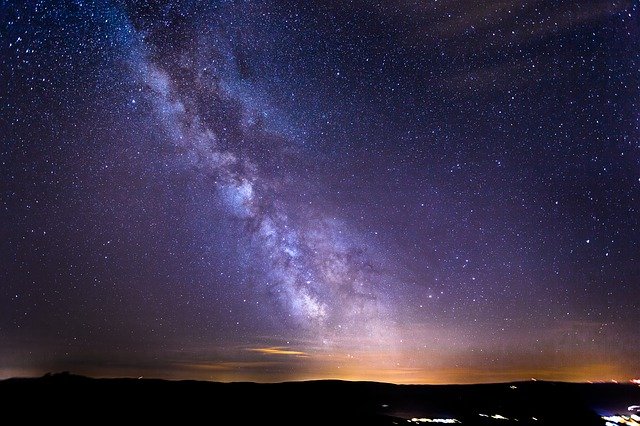 I’ve been reflecting on how this might look in practice.

Discussions with Felix and other poets have shown how poems can be interpreted differently to the poet’s intention. The best way I can describe it is when poems contain fluidity. The lack of fixed meanings allows them to mean different things to different people, despite poets and readers often being strangers to each other, and the poet having no way of knowing what the reader brings to the page in terms of their own life experience.

For me, this is part of the magic of poetry which, like certain music, can reach out and touch. We feel this happening, and can’t always explain why. I’ve been wondering if it might be an example of ‘negative capability’ i.e. the mystery exists, and we’re comfortable accepting it, without the need for explanation. An effective poem is one which leaves ‘space’ for the reader’s resonance. They find themselves on the page, and recognise a life experience, because the poet has left gaps for this to happen.

I don’t think it matters that I’ve struggled to appreciate Keats poems. It doesn’t lessen my interest in him as a person, and I remain fascinated by his short life and the personality which comes over from reading his letters. Culture changes and Keats speaks from a different time, using words and phrases belonging to the early 19th century rather than 2021. Language is constrained by the time in which it’s used, yet Keats works better for me when heard rather than read, which suggests his poetry still contains magic.
While researching Keats, I came across some interesting videos on You Tube. 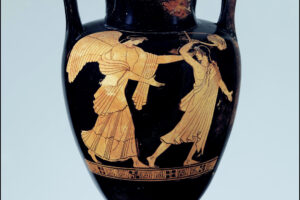 Keats House, also known as Wentworth House, visits what was originally a pair of semi-detached residences in Hampstead, where the poet lived from 1818 to 1820, and where Ode to a Nightingale and Ode on an Grecian Urn were written. 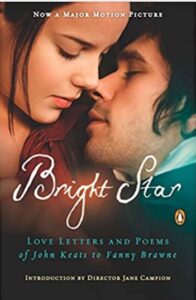 Often beginning ‘My Dearest Girl‘, or ‘Lady‘, and ending ‘Yours forever’, they’re still full of emotion, for example ‘Will you confess this in the Letter you must write immediately….write the softest words and kiss them that I may at least touch my lips where yours have been‘.

Like Keats’ poetry, the language comes from a different time, but anyone who’s felt love will find something to identify in these letters where the voice of Keats remains on the page.

‘My love has made me selfish. I cannot exist without you — I am forgetful of every thing but seeing you again — my Life seems to stop there — I see no further. You have absorb’d me.’

Such a shame the art and practice of letter writing has waned!

Finally, it might be worth remembering that Keats poetry was not well thought of in his own time. This was maybe due to him not fitting into the English class system, as much as a dislike of his poems. Unlike fellow Romantic poets Byron (educated at Harrow and Cambridge) and Shelley (Eton and Oxford), Keats left school at 14 to become an apprentice to a surgeon and apothecary. His life is detailed in a number of biographies both old and new. Keats by Sidney Colville (1909)  and The Life of John Keats by William Michael Rossetti (1887) can be read online while contemporary accounts include the controversial ‘John Keats a New Life‘ by Nicholas Roe and more traditional Keats by Andrew Motion. Chapter One can be read online here.

When Endymion, the first ‘long’ poem by Keats, was published in 1818, it was poorly received. I quite liked it on first reading, and then discovered On First Looking into Chapman’s Homer. Maybe the subject matter of ancient Greek myth and legend was closer to me than the Odes, I’m not sure.

Nevertheless, it goes to show if at first, you don’t like a poet, don’t give up. Keep trying their work and maybe something, somewhere, at some time, will eventually speak to you. 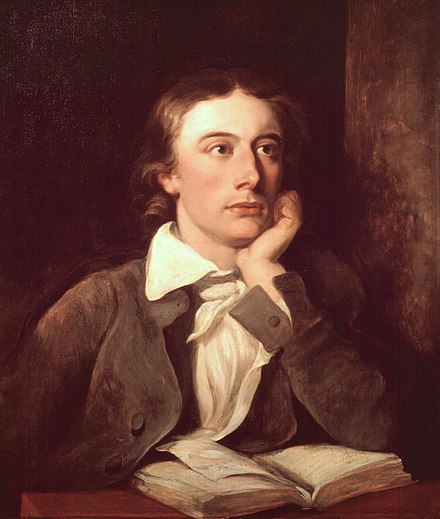 Posthumous image of Keats by William Hilton, in the National Portrait Gallery, London

1 thought on “John Keats and ‘negative capability’ then and now”