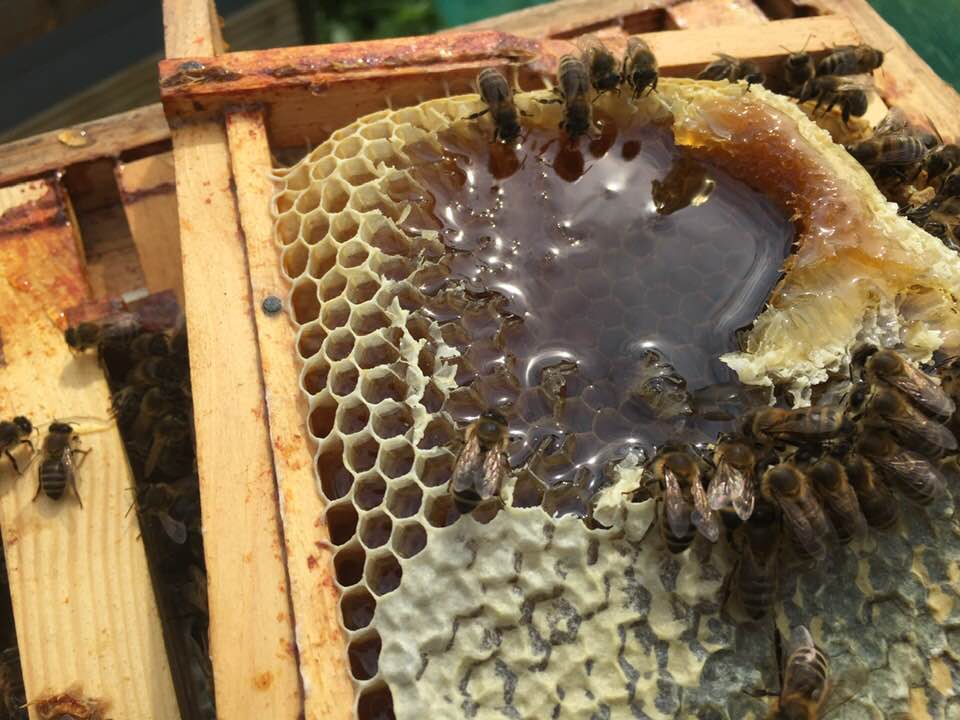 I began keeping bees last year and several people have asked if I’m writing poems about them. The answer is no. I’m not sure why this is.

My poetry mentor, Scarborough poet Felix Hodcroft, suggests I’m too close to them.  It’s only been nine months since my first two colonies arrived on the allotment. It’s been a steep learning curve, involving as much stress as delight! The ups and downs are at least equal, if not tilted slightly towards the problems. I lost a swarm within the first month and had several queens mysteriously vanish, all recorded in the Beginner’s Blog for the Beverley Beekeeper’s Association.

But I read a lot about bees, as in poetry, fiction and non-fiction, and here are some of my recommendations from other writers and poets who’ve turned to bees for inspiration.

Bees are also the topic of a number of novels.

There are also autobiographical accounts of beekeeping and I’d recommend reading A honeybee heart has five openings by Helen Jukes, which records the narrator’s first experiences of keeping bees in a top bar style hive in Oxford.

With regard to textbooks on beekeeping, the three most often recommended are

However, if you are like me, and fascinated by the history of keeping bees, I’d suggest the following.

So whatever your interest in bees, there’s something for everyone.

I’ve only listed the books I’m familiar with, so if you have any recommendations of your own, please share them in the comment box below.

1 thought on “Poems and other writings about bees”